The Founding of Friends of Tonga

Friends of Tonga (FoT) is a registered 501(c)(3) nonprofit dedicated to supporting the Kingdom of Tonga. Founded  in 2018 by Returned Peace Corps Volunteers (RPCVs) after a devastating Category 4 Cyclone, FoT sought to support local disaster relief efforts, drive greater awareness of Tonga, and cultivate an engaged community to support the country. Over the past four years, FOT has expanded its mission to promote educational and human development, including partnering with the Tonga Ministry of Education to address the key challenges of limited educational resources, few native English speakers, and the proliferation of unsuitable classroom settings.

To learn more about Friends of Tonga, you can check out our mission, our board, and our official documents and reports.

Also, feel free to contact us at any time. 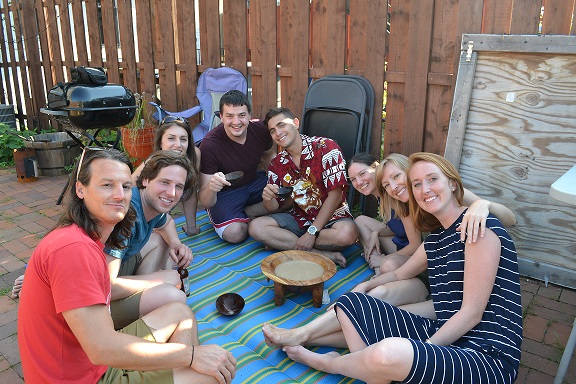 The Kingdom at a Glance 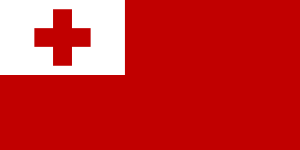 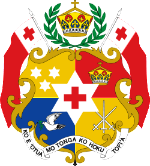 Oceans/Water Pollution:  Water pollution has increased due to the lack of proper trash disposal, salinization, sewage, and toxic chemicals from farming activities. Other oceanic issues include damage to coral reefs from starfish, indiscriminate coral and shell collection, and the over hunting of native sea turtle populations.

Land/Air Pollution: Trash is commonly disposed of through open air burning. Traditionally, Tongan waste consisted only of natural resources, such as palm leaves; however, with the modern influx of plastic packaging and processed canned foods, land and air pollution is becoming more prevalent.

Natural Disasters: Located along the Ring of Fire and the Tongan Trench, Tonga is particular vulnerable to natural disasters such as cyclones, earthquakes, floods, and droughts. Most recently, Cyclone Gita, a category 5 cyclone (category 4 hurricane), devastated much of Tongatapu, as 119 homes were destroyed. Moreover, many areas were left without running water and power.  It is estimated that over $152 million in damage was incurred, an alarming amount for a country with roughly $400 million in annual GDP.

Obesity and its Impact: Tonga is facing a major health crisis with obesity. In 2004, 60% of the population was considered obese. In 2006, 92% of the entire population over the age of thirty was considered obese. This trend towards obesity has increased the prevalence of heart disease, circulatory problems, cancer, skin problems, and infertility. Likewise, currently over 20% of the population suffers from diabetes. The rise of obesity has led to a decrease in average life expectancy from 72.5 in 2012 to 67 in 2017.

Lack of Resources: With the increase of health problems facing the nation, there is now a shortage of doctors and resources. As of 2010 there was less than 1 physician per 1,000 people and 2.5 hospital beds per 1,000 people.

Decreasing Test Scores: Although Tonga has maintained a strong record of educational progress, challenges still face the Kingdom. A recent decrease in Tongan test scores lead to conversations in parliament over transitioning from standardized scores to raw scores. This change to raw scores would make it difficult for students applying to universities outside of Tonga as raw mark scores are not typically accepted.

Corporal Punishment: Though corporal punishment is outlawed in schools, it remains prevalent in both the classroom and home settings.

Lack of Resources: Schools lack important resources and many school buildings have fallen into disrepair, creating unsafe and subpar learning environments for students.

Cost of Education: Although it is free for students to attend public schools in Tonga, parents still need to provide uniforms and materials for students, which they often cannot afford.

Friends of Tonga relies on support from unpaid volunteers to initiate and administer programs. FOT’s operational budget funds programs that benefits Tongans in Tonga. The financing of these initiatives is incumbent upon members and donors.  Other revenue streams include online and event fundraisers. Please refer to our upcoming events page to stay up-to-date on these various events.

The Board of Directors/Officers have the legal responsibility to act as trustees of members’ and donors’ funds and to ensure that those funds are used in keeping with FOT’s public service mission. Members, as well as interested individuals, are encouraged to join these meetings.

FOT is largely operated by volunteers.