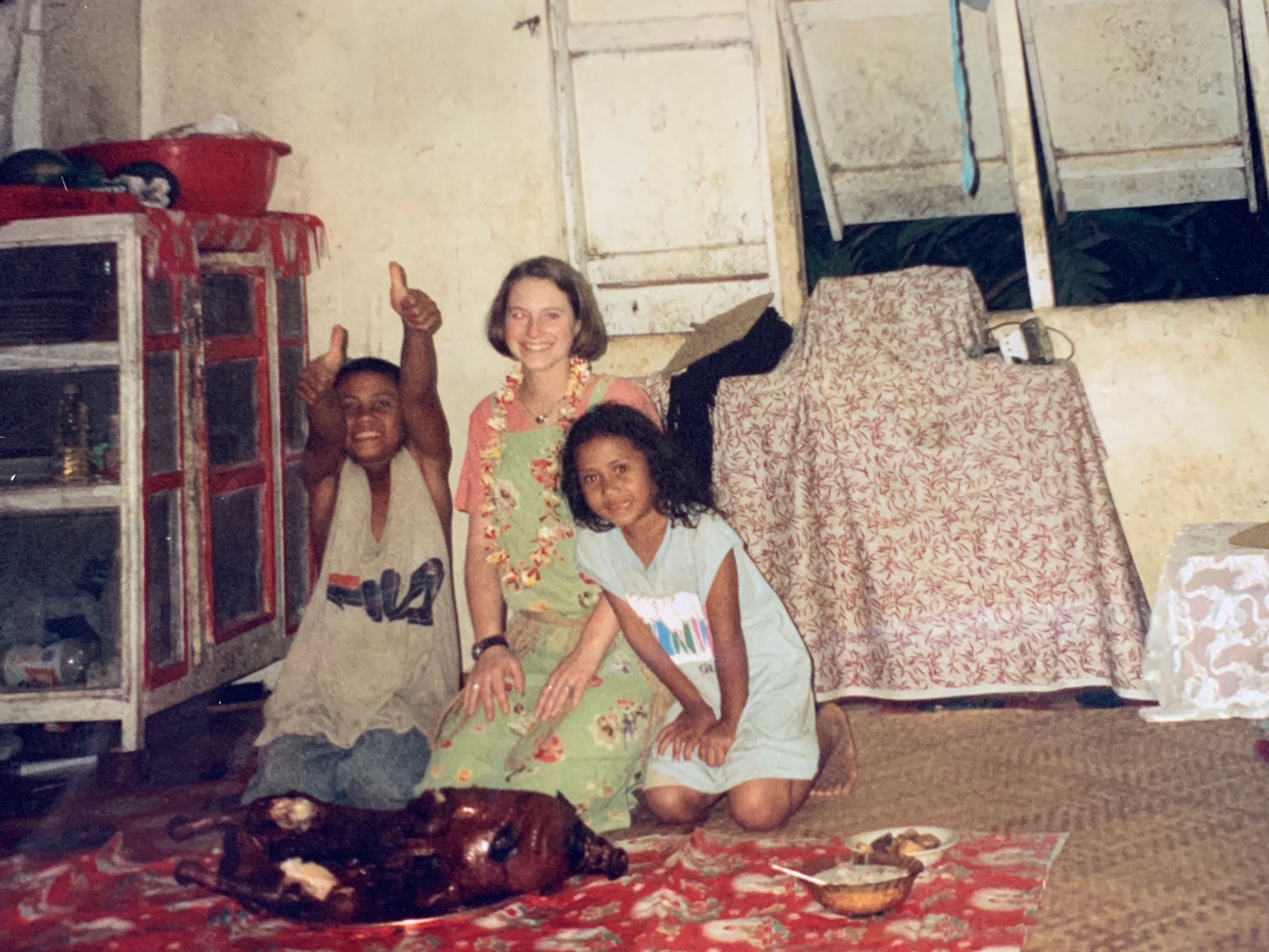 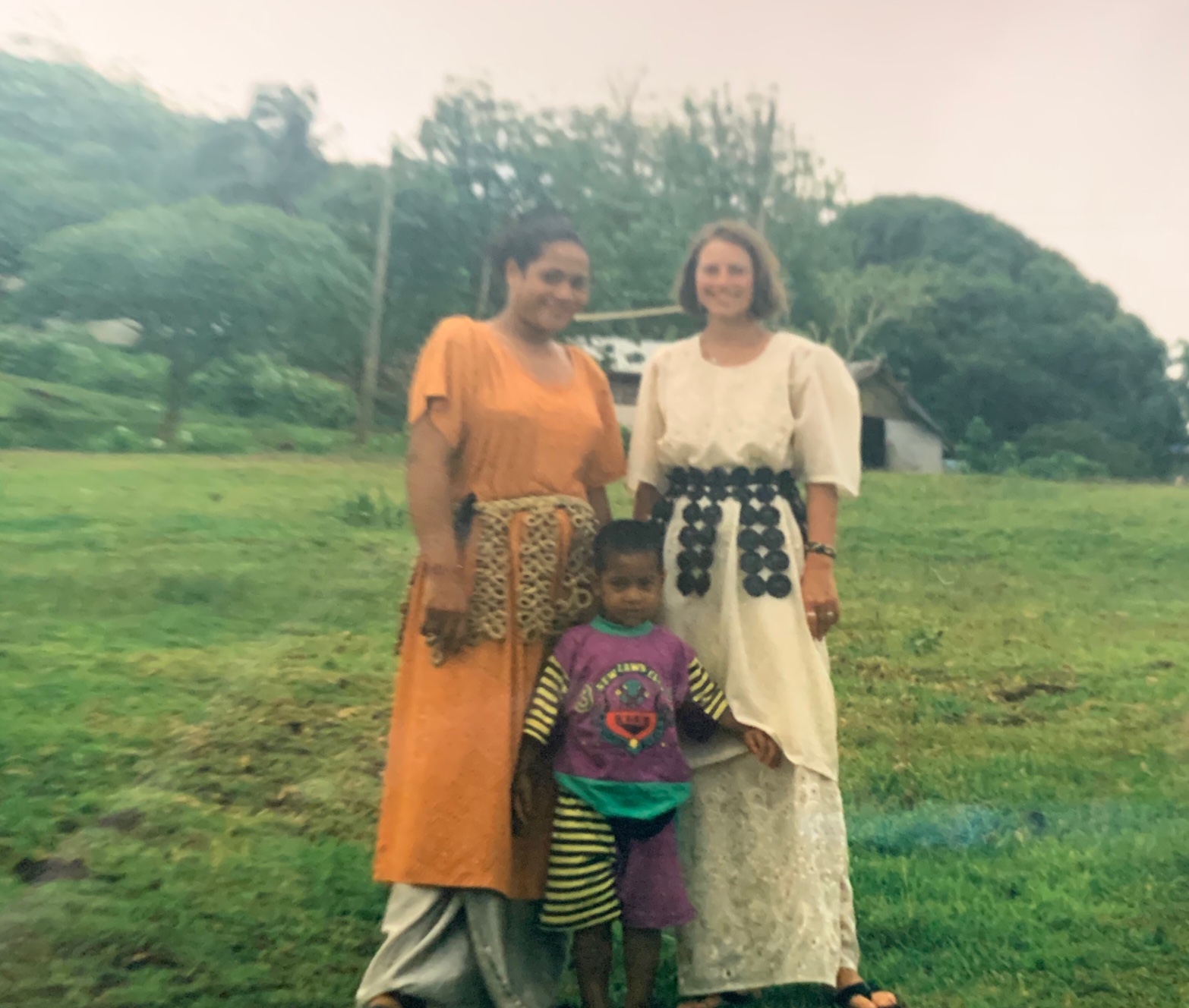 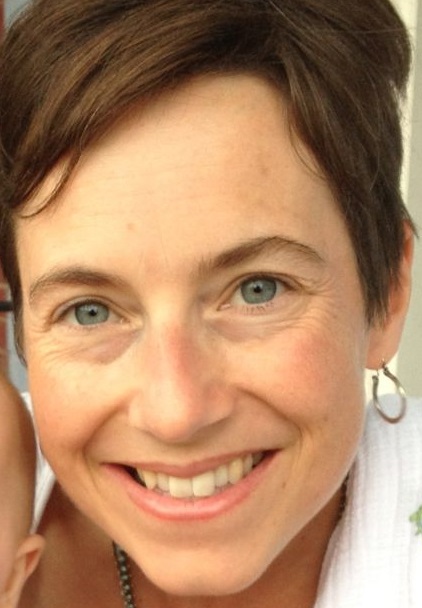 Stephanie served in Hala’ovave, on the main island of Tongatapu, from 1998-2000. After graduating from the University of Massachusetts Amherst, Hunt felt drawn to serve in the Peace Corps. She wanted to both work internationally and to learn Spanish and she believed that the Peace Corps could provide her with these opportunities. She got one of those things, but traded learning Spanish for learning Tongan! Though she was not sent to a Spanish-speaking country, she had a fantastic experience and does not regret her service placement at all.

During her time as a Peace Corps Volunteer (PCV), she worked for the Ministry of Lands, Survey and Natural Resources and helped implement workshops around the country on environmental education, in conjunction with other PCVs, who were serving as teachers. These multi-day workshops helped motivate and engage youth on topics such as sustainable agriculture, solid waste disposal, soil erosion, and coral reef conservation. Moreover, she assisted in creating an educational curriculum, composed of various activities, and helped translate it from English to Tongan.

Upon her completion of service, Hunt went on to earn her Master’s degree, where she received the prestigious Doris Duke Conservation Fellowship, at Duke University. This fellowship and her graduate school experience refocused her attention from working internationally to engaging with domestic policy. This ultimately led her to be a public servant, in the Federal government. She currently serves as the Branch Chief of Policy and Guidance in the Office of Sustainable Fisheries, in the National Marine Fisheries Services, at the National Oceanic and Atmospheric Administration (NOAA). She is responsible for guiding national marine fishery policy to promote sustainable seafood. Despite her shift professionally, she acknowledges that both the Peace Corps experience and the Kingdom of Tonga left an indelible mark on her value system and still influences who she is and how she operates.

When asked to reflect on her favorite memory of her time in Tonga, she offered two stories:

First, is the story of her spelunking in an underground cave in ‘Eua. An older volunteer led her and a group of other PCVs through the ‘Euan forest, to a remote part of the island. They then followed him underground, for over an hour and a half, with only headlamps. Laughingly, she recounted how they had to crawl on their stomach through stalactites and stalagmites (where at one point, she was cut along her back), hike through large-pitch-black caverns, scramble up an underground waterfall, and squeeze through a tight hole with water coming out of it, to get to the end. She claims it was one of the greatest adventures of her life. The greatness of this adventure is exacerbated by the facts that a) she is one of only a handful of people whoever have experienced this cave; b) the location of the cave has not been passed on to current volunteers, which makes her experience even more unique.

She also recounted the frequent camping trips she and her PCV and Tongan friends would make. She fondly recounted how they would rarely take food with them on such excursions and that her Tongan friends would wade through the ocean at low-tide and catch their meals, which would sometimes include fish, sea cucumber, and sea urchin. One of the more profound memories is when one of her Tongan friends grabbed an octopus (the length of a few feet) from the ocean floor and the writhing octopus wrapped its tentacles around his body while he attempted to administer the coup de grâce. Ultimately, her friend was victorious and they had an incredible feast of octopus, roasted over the campfire. “It is one of those memories you think about a lot,” she stated.

When asked what she found most challenging in Tonga, she responded that the pace of work and life was slow and that it was difficult not having a defined job. Moreover, the gap between her expectations and reality was initially wide, but she adapted to “Tongan time” and was able to overcome that challenge.

When asked what is the one thing that sticks with you from your time in Tonga? She quickly replied, “How nobody is hungry, everyone shares what they have and everybody takes care of everybody’s children. The extended network of people taking care of each other is so incredible to me.”

She believes Friends of Tonga can provide a great social media platform to easily engage former volunteers and share information to a wider audience about the Kingdom of Tonga. She acknowledges that her time in Tonga shaped who she is, but life can be so hectic. FoT can provide the means for her and others as a way to stay easily engaged and for Tonga to fit back into her life with so many other competing priorities.